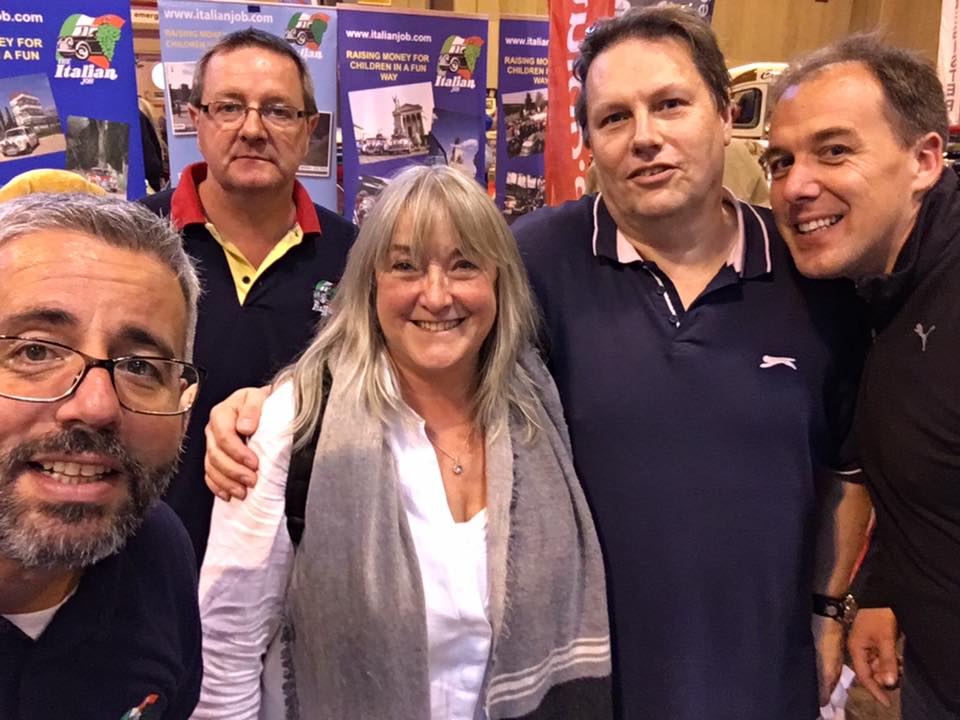 We were at the Classic Motor Show, hosted at the NEC in Birmingham. The two minute silence at 11am, where the only sound across the still halls was the hum of the air conditioners, was moving to the point where tears were building up in my eyes. I’m proud to wear a poppy and long may this recognition of those that have made the ultimate sacrifice continue.

On the journey up we were discussing the possibility of buying a classic car. Savings are earning so little in the building society and the way classic car prices are going at the moment it’s a much better investment. Also allows you to have a bit of fun in the meantime. No instant saver account will do that, even with a free pen.

The problem is my head is full of auction prices that are, frankly, absurd; the Peugeot 205 GTi that sold for over £30k, for example. I have a soft spot for Mk1 Ford Escorts and any of the Capri models, both of which are attracting massive amounts of cash and anything in our budget will need lots of work, which I don’t really have the time and, more importantly, the space to do it myself and I’m not keen on spending money for someone else to do it.

So we find ourselves on a Mini club stand, the Cooper Sport 500 Register. It has a number of Minis, including a rather nice British Racing Green with a full length Webasto sunroof. So nice, in fact, that I take a quick photo and put it on the lock screen of my phone. It’s worth stating at this point that I love Minis, always have and always will. Yet I’ve never owned one. I helped a mate build a couple of grasstrack racing Minis in the early 1980’s and my sister had one for a couple of years until the rear subframe parted company with the bodywork. It’s a car I know very well and have very fond memories of.

Next to the Mini club stand was The Italian Job stand. Without a doubt the best film of all time, the original that is. I was stood some distance from the information boards reading the contents. I find this distance good as firstly I can actually read without screwing my face up or searching for spectacles and secondly it’s easy to leg it away from the stand if you realise you’ve made a ghastly mistake by stopping.

As I read on I discovered that The Italian Job was a trip though Italy in cars from the original film, or a later version of those cars, raising money for a children’s charity. It has been running for nearly 30 years and looked exactly like the sort of caper we both loved. 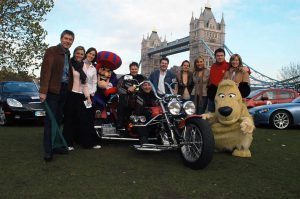 Beaujolais Challenge start line, November 2004. Nigel is on the back of the trike.

Some years back I had taken part in the Beaujolais Run, which was organised by Great Ormond’s Street Hospital, on a trike; a brave, or stupid, thing to do in the depths of November. It was a fantastic experience despite being cold, wet, lost, suffering carb icing, running out of fuel and arriving plum last. Anyway that’s another story.

Back on The Italian Job stand, we were being hooked in by the tales of Jason, who had just completed the 2016 trip in his 1974 Mini. So much sold we nearly signed up on the spot, only holding fire due to the lack of a suitable car.

The rest of the day was spent talking and thinking about little else.

By the end of November our deposit was paid, the number 7 allocated and the search for our Mini was on.

You can donate directly via Virgin Money Giving- whatever the amount, every penny counts