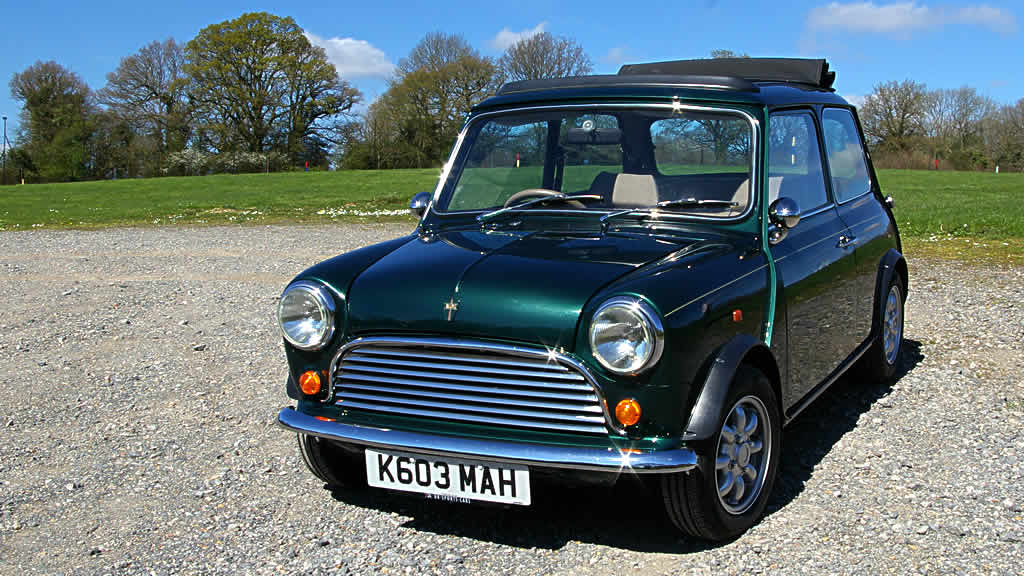 Buying a car from eBay, in the last moments of the auction, not having seen it aside from photographs is not the recommended approach.

Nevertheless, sometimes you have a good feeling; quality photographs, clean looking car and owned by a bodyshop manager are facts that fuel the potentially reckless decision. All completely overshadowed by the desire to own something at a fraction of the price you think it’s worth.

Anyway, the gamble paid off and we’re the very proud owners of a 1992 British Open Classic Mini, one of only 1,000 made.

It’s a rare sight on our roads. How Many Left were reporting 189 taxed in Q3 of 2016 and Simon from Wood and Pickett said he hadn’t seen one in a few years and he sees a LOT of Minis.

So, what is a British Open Classic?

Prior to the final run of the Mini with the successful re-introduction of the Coopers during the latter half of the 1990’s, Rover (owned by BMW at this point) produced a variety of special editions in an attempt to keep the car selling in the showrooms, who were struggling against stiff competition from foreign manufacturers, who had newer, more refined cars on offer.

Amazingly this model is listed in the top five cars of all time by Car+ Auto Blog, alongside more exotic machinery.

The special edition Mini was available in the UK from June 1992 and was made in larger numbers for export, including Japan. Right hand drive British Open Classic models from Japan can be easily identified by the three pod dash, UK models had the two pod dash.

Our Mini came with 7JJ x 13 wheels and had the later Sportspack arches fitted. The combination looks fantastic, nevertheless quite a lot of effort was required to steer at slow speeds, making roundabouts a tricky exercise as it was necessary to keep two hands on the steering wheel.

Fitting a standard set of 4.5 x 12 wheels with 145/70 x 12 tyres made the car much easier to handle, however the combination looked ridiculous with the smaller wheels not filling the cavernous wide arches, particularly at the rear.

Having briefly contemplated wheel spacers (a short search through the Mini forums stopped this thought dead in its tracks) the decision was made to replace the arches. As the front wing had to be cut for the wide wheels, crafting a “repair” panel is necessary to fill the gap. A superb job was carried out by Wood and Pickett in Leatherhead and we’re pleased that the Mini is now closer to the standard look and much easier to drive. We’ve also swapped the clear lenses that came on the car for the traditional coloured lenses.

Whilst we have a preference for the standard look, there are a few modifications that we will be keeping. Firstly there’s the Mk1 front end, with the moustache front grille, which gives a subtly different look and there’s some seriously cool bullet style door mirrors. Inside the car is pretty standard, and we’re planning a headless bluetooth sound system feeding into original parcel shelf speakers and some hidden speakers for a bigger sound.

The back of the car sports a tow bar – so we can tow the attention grabbing, matching half-Mini trailer that came with the car. 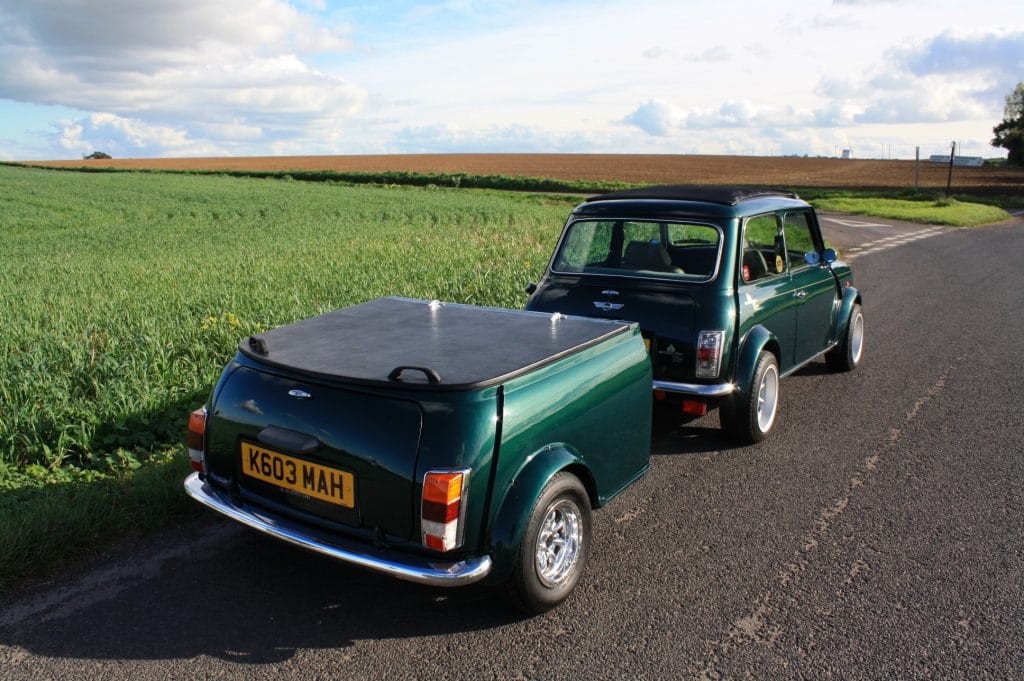 As bought in January 2017, 7 inch wheels, sportspack arches and with a half-Mini trailer