The search for our Mini

Having made the decision in November to buy a classic Mini, I thought looking in the winter would be okay, despite fewer for sale, as people were more concerned about the forthcoming festivities so there would be fewer buyers. On the other hand, in my mind, those selling would be keen to strike a deal and, as a car dealer mate of mine says, people that turn up on a rainy day to buy a car are serious.

I started off thinking that distance wasn’t a concern, however with few daylight hours in the winter months, it actually is. Looking at a car in the dark is a no-no, although probably better than not looking at all.

Having done my research, I knew what to look for and had a long chat with Simon at Wood and Pickett, conveniently located within shouting distance of my workplace. The workshop backs onto the car park and is clearly visible, if it wasn’t for the double glazing in my building and the radio playing in the workshop, Simon could hear me asking daft questions all day long.

With lots of looking on the internet and in the classic car & Mini magazines, one thing became obvious; prices were all over the place. I could understand Mk1 Coopers fetching a royal ransom, however some of the other prices made no sense. Clearly some were overpriced and others priced to sell. A few, it turned out, were both priced to sell AND overpriced.

Without going into a great deal of detail, here were a few potential purchases that turned into non-visits or non-sales:

The dealer who “didn’t know much about the car” and suggested “I popped down to look”, which would be fine if it wasn’t over 150 miles away.

The “just restored” Mini with an odd paint reaction on the wing. Fortunately I was sent some photos and noticed not only some poor preparation work, also rust bubbling under the surface.

The chap who listed his Mini and then went away for three weeks. Why do this?

The Mini that had been a category D write-off twice and stolen once. The owner claimed not to know and to give him credit, when I told him he dropped the price by £1,200.

The best thing to do at this point would be to wait for fresh adverts to appear. I got to the point where I had to write down the ones I had looked at as they were popping up in several places on the internet and I was wasting a lot of time looking at the same cars over and over.

I then did what I said I would never do; bought blind on eBay. The end result justifies the gamble in this case, nevertheless it was a risky thing to do and I wouldn’t recommend it. It was a cheeky last minute bid on a car that I thought would burst our budget (although that’s not an exact science) that paid off.

We are the proud owners of a 1992 British Open Classic with half-Mini trailer. Owned by a body shop manager, lovingly and skillfully restored over a few years, it is superb, although has undergone some body work modifications by Wood and Pickett as the 7 inch wide wheels were just too much for us to handle and the standard wheels looked a bit daft in the sportspack arches that had been added. I’m pleased that the original style of arch went back onto the Mini, although this is causing a few “hmmm, that’s not original either” conversations in my head that inevitably lead to a late night search on eBay.

There’s a list of improvements, original items to refit and little fixes as long as my arm, and that’s cool ,as I like to tinker. 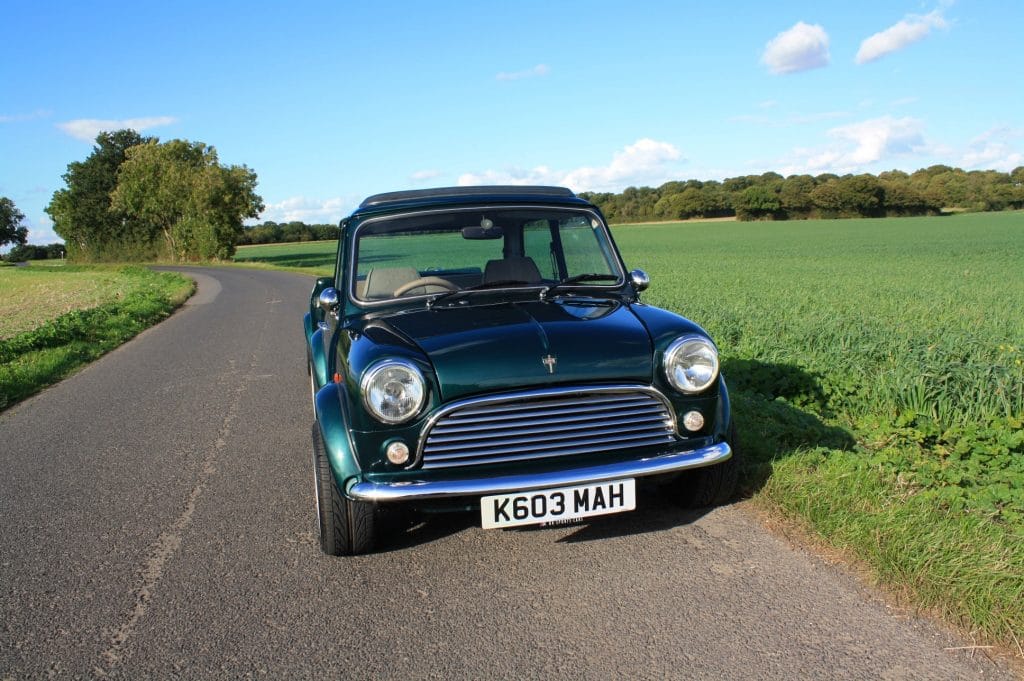