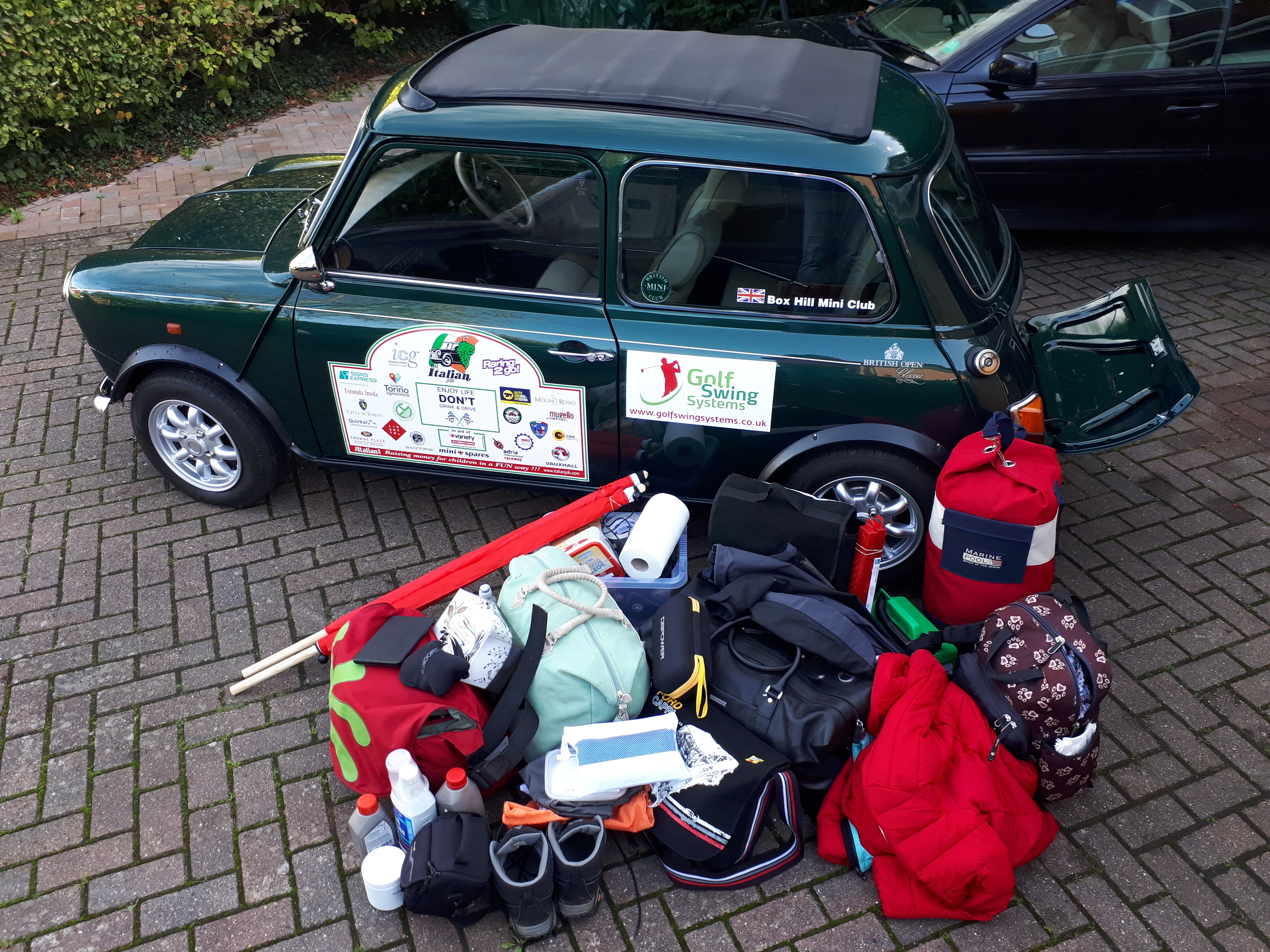 After a wet Saturday in which nothing was possible outside, Sunday was glorious and an ideal day for travelling to Dover. First, we had to pack the car with a growing pile of luggage prior to Sunday lunch at the Cranleigh Golf and Country Club with family and friends before heading towards Dover.

I was beginning to anxious about the trip. Whilst I had done a fair, and, to my mind, sufficient amount of preventative maintenance, including replacing the cooling system and front wheel bearings, the age of the Mini suggested the trip wouldn’t be plain sailing. Added to that was the prospect of spending a lot of time in a car that wasn’t that big plus a lot of unknown factors were causing a bit of angst.

The first challenge was getting a lot of stuff in a very small car, as you can see above.

Somehow we got it all in. I tried to put the stuff we would need in an emergency, or first, close to hand. Clearly we had too much stuff, nevertheless, when the toolbox and petrol can take up a third of the boot, you are on a hiding to nothing.

After a very pleasant lunch, we headed towards Dover, pleased to be finally on our way. 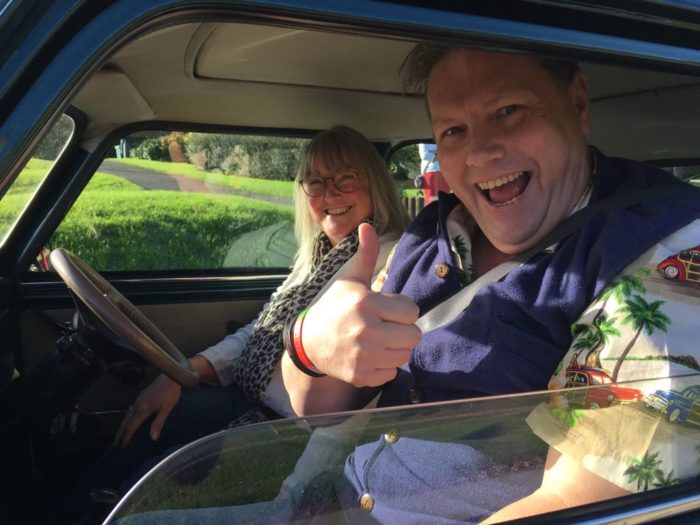 Fed, watered and off to Dover

We had perfect weather for a drive through the Kent countryside, paying a quick visit to the hotel in Ashford we would be visiting in two weeks, dropping off our gala gear to save dragging it through five countries. As we approached Folkstone on the M20 we picked up the Lavazza sponsored Mini of Terry and Steve, team 27. We spotted a fellow competitor in a “new” Mini stranded on the roadside (loose spark plugs) too late to stop, although there would have been little we could have done to help.

Classic Minis have a small petrol tank so we took the opportunity to fill up in Dover before the long haul to Nurburg in Germany. Having had a large lunch, a light evening snack seemed in order, so we took advantage of the petrol station’s shop to grab some cheese and biscuits.

Whilst waiting to pay I bumped into Barry from team 49 and said hello. The odd thing about social media is that you can know quite a lot about someone before you actually meet them. We had both been following one another on Instagram and Facebook, keeping track of car preparation. For our generation, this is a bit disconcerting as you feel you know the person and yet clearly you don’t. This threw both of us a bit as we exchanged pleasantries and shuffled our feet.

The Premier Inn hotel car park was busy, nevertheless, we squeezed into a spot at the back. We did park the small car in such a manner that other drivers seeking an elusive car parking spot may have driven to the end of the car park before spotting the Mini behind a much larger car. I did feel guilty at the time having been caught out many times in the past with such dishonourable parking practices.

There were a number of teams already parked up and the evident car park camaraderie hinted at the good times to follow.

At this point we realised we hadn’t packed sensibly, having to haul out bags containing all of our clothes, plus a third bag containing various items such as chargers, rather than a single small and light overnight bag containing the essentials.

An early start the next morning, followed by a lengthy drive dictated an early night, which, by avoiding the bar and with our snacky dinner purchased Alan Partridge style at the petrol station, we managed to achieve. The room was warm and a bit stuffy so we elected to have the window open, which was intermittently noisy as traffic rumbled past on its way too and from the docks. The traffic noise mixed with feelings of excitement and anxiety in equal measures prevented a decent night’s sleep, so we were groggy when the alarm went off at 5:30 am.