For the run to Macon, we decided to go it alone and take the opportunity to visit Les Houches where we had skied many times as a family.

The rest of our group decided to take the more challenging alpine roads and we would meet them again in Macon.

The exhaust was blowing a bit, so Gavin slapped a bit more gum over the hole and we were soon on our way out of Italy, along some picturesque roads.

We stopped just before the Mont Blanc Tunnel for a coffee and to pick up something to take back to work. Why having been in Italy for six days did we leave this to the last minute? 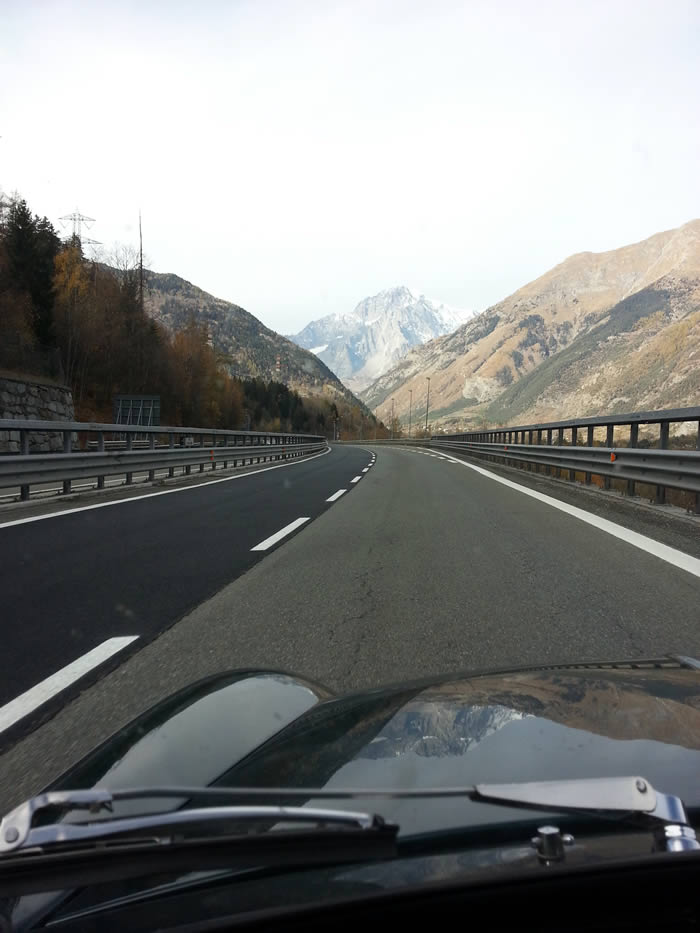 A view of Mont Blanc from Italy

With little traffic we were through the tunnel and in France in a short space of time and pulling off into Les Houches. We came across a diversion, which, in typical French style, required traversing the sort of roads the Citroen 2CV was designed for. After 15 minutes we rejoined the road some 25 yards from where we left it, having avoided a coned off section containing a wheelbarrow and a brush. 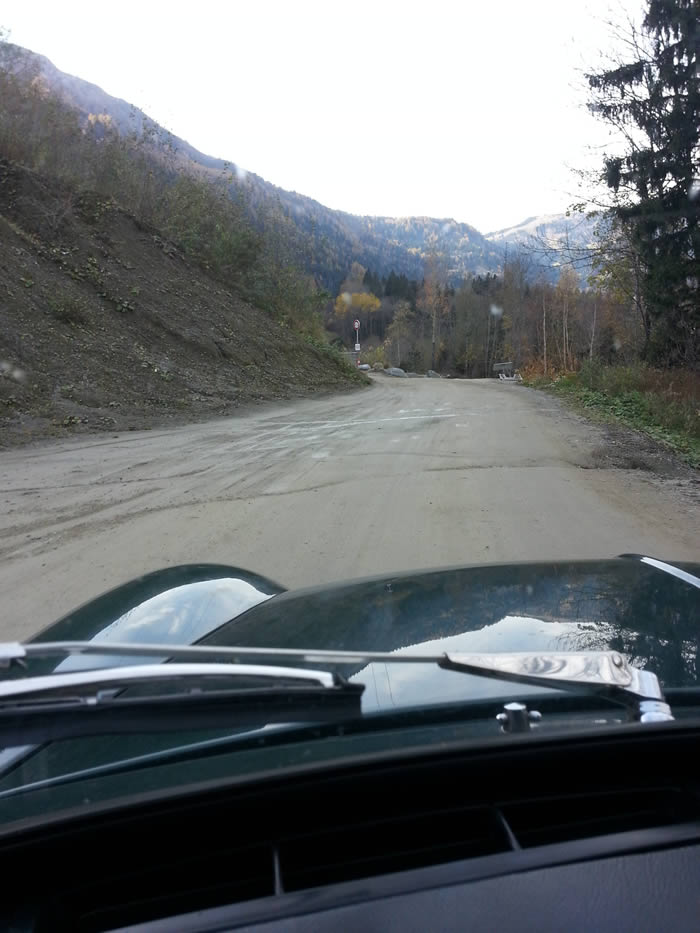 We pulled up outside Cachet Sports, hoping to see Serge the owner from whom we had hired many pieces of ski equipment, nevertheless the shop was shut up. Later we found out that Serge had been ill, however, it seems he recovered and helps his son, who has taken over the shop.

Across the road was The Crepesorous, our favourite restaurant in the town run by Giles Bernard or is it Bernard Giles, we’re still not sure.

There was a glint of recognition in Giles face and then the penny dropped. Although we hadn’t been there in 3 years we had spent a few late-nights putting the world to right in a form of Franglais, with lots of gesticulations.

We ate well, steak and croque madam, then talked about families and the ski season, our beloved Mini, the trip and general nonsense.  Too soon it was time to go and we bid farewell, promising to return soon. 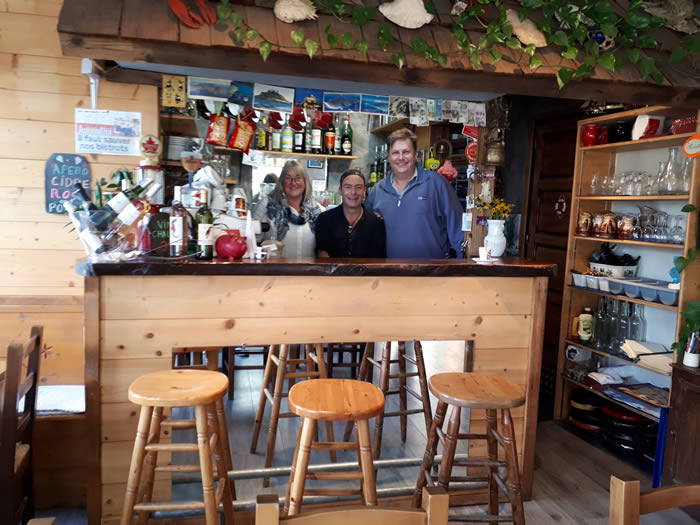 Our favourite restaurant in Les Houches, The Crepesorous

The route to Macon was one we were familiar with, having driven to Les Houches in our trusty Volvo V70 many times.

Somehow we managed to miss the petrol station and then the sat-nav directed us into a car park for half a mile and then out the other side. I guess it was the shortest route!

We arrived at the hotel, chucked our stuff in the room and retired to the bar for a couple of beers and a light dinner of sandwiches, having had a good lunch in Les Houches.

After hearing from the others of their daring dash across the Alps we retired to bed.