Today’s activities featured a visit to the Ferrari factory and museum located at Maranello.

As dictated by our car number, we left first and joined the autostrada heading towards Bologna, turning off and driving through Maranello. Maranello is a small town, with a population not much larger than our home village of Cranleigh, and is dominated by Ferrari, with a sea of red pretty much everywhere.

The Jobbers were split into two groups; factory then museum and museum then factory. We visited the factory first and climbed aboard the bus with strict instructions not to take any photographs. Maybe it was because it was Sunday and not much going on at the factory, nevertheless being driven around a factory complex being told what goes on in what buildings isn’t particularly exciting. This highlight of the visit was when someone was caught attempting to take a photo. Nevertheless, we got to see their test track although the coach wasn’t allowed to venture onto the empty track.

The museum, in contrast, was fantastic, full of interesting cars and memorabilia, more than making up for the preceding dull 30 minutes or so. 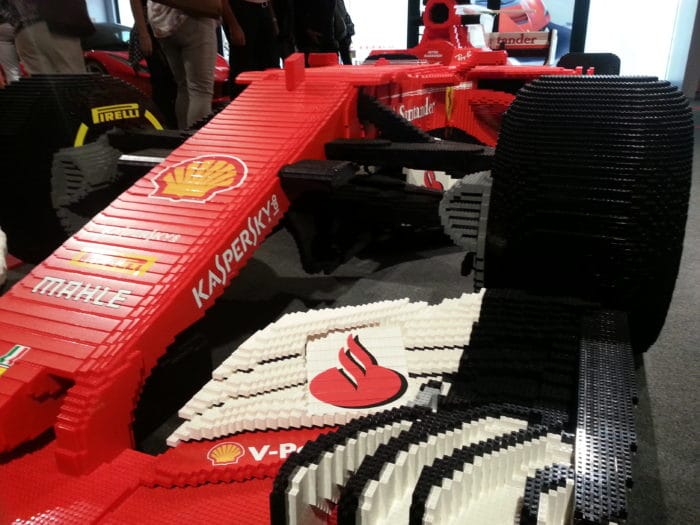 A Ferrari made from Lego on display at the Ferrari museum

A quick coffee in the museum cafe and we were back on the road to the Agriturismo La Tintoria restaurant in the small village of Castello di Serravalle. Before we could get tucked in there was a special stage, drive between two lines about 30 metres apart in exactly 10 seconds. We did quite well at that one.

After a look around the buildings we had a superb lunch, then all too soon it was back in the car. 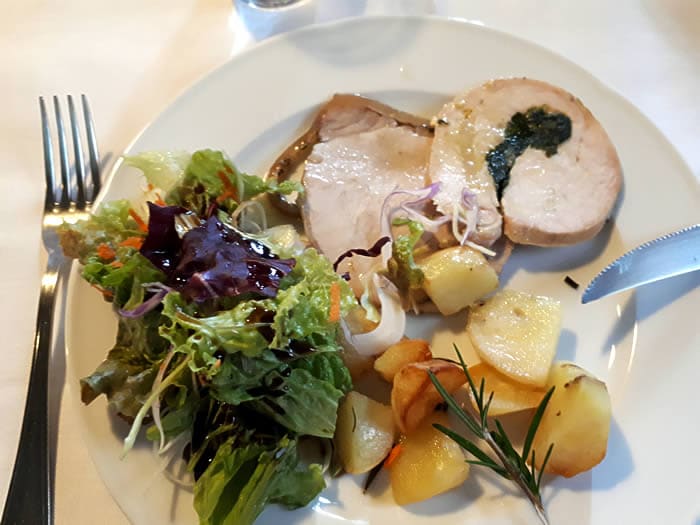 A repeat of the special stage with the co-driver behind the wheel and back to the hotel. 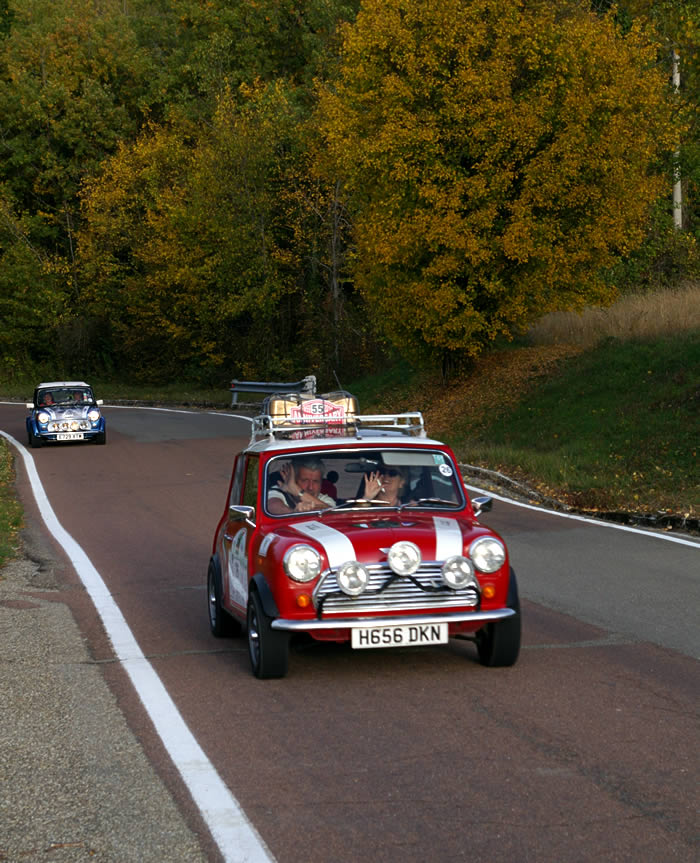 Team 26 en-route. They will wave at pretty much everyone

Tonight was the famous Italian Job auction where various items, some related to the film, were auctioned to the teams. There were a few things I liked the look of, most went above our budget, however, I am pleased to have a printed still from the 1969 film in my office.

In a unique style of bidding, John and Bev from Team 26 started bidding against themselves, which is why it’s always best to have auctions after dinner, where the wine has been flowing.

A fun evening, with a good amount raised for the supported charities, including Variety.